As part of our digital #EdSciFest we're releasing a series of online entertainment, curated articles, and downloadable resources covering all the Science Festival favourites. Communications Officer, Will Moss, shares some of his personal favourite reads.

"This was originally published in 2000 but feels like a companion to the The Overstory by Richard Powers (one of Amanda’s suggestions!). The book follows several interweaving stories of multiple characters who all live in the same valley in rural Virginia. Ecological themes run throughout, focussing on our physical and emotional connections with nature and the benefits of leaving it alone to self-determine rather than trying to control it."

"Feral is about the concept of rewilding, i.e. letting nature take care of itself, enabling natural processes to shape land and sea, repair damaged ecosystems and restore degraded landscapes. There’s loads of biodiversity and environmental benefits that doing so brings, one of which is carbon sequestration. Planting trees can be a part of this and has captured the popular zeitgeist of late and rightly so – the idea of a natural solution to combatting the climate crisis is hugely exciting! But Feral is a really inspiring read and completely reimagines British landscapes – devoid of sheep and filled with wolves, lynx and bears, to name but a few!"

We Are the Weather by Jonathan Safran Foer

"Jonathan Safran Foer is famous as the author of novels Everything Is Illuminated  and  Extremely Loud and Incredibly Close, but this is a piece of non-fiction around his own realisation and acceptance of the fact that his own lifestyle and that of the majority of those in the western world is killing the planet, particularly in relation to eating meat. What’s great about it, though, is that Foer comes across as extremely personable and non-judgmental. He is open and honest about his own struggles to rein-in his carbon-heavy lifestyle and argues that even if people only ate meat in one of their meals each day, we’d be well on our way to tackling the impact agriculture has on climate change." 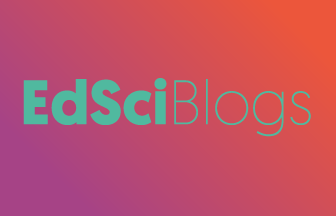