Walks, Tours and Trails | All Ages

Join us as we celebrate amazing women who have passionately contributed to the world of Science, Technology, Engineering and Maths (STEM). Our Women in STEM art trail celebrates nine remarkable women and their achievements by showcasing them in a series of street art pieces. Follow the trail, experience the art and learn more about these inspiring women as part of the Edinburgh Science Festival.

During the Festival, you can explore the trail yourself for free by downloading the Curious Edinburgh App or by downloading a PDF version of the trail and its locations throughout the city.

Please note the artwork at WHALE Arts is still in progress, and we will update our website and social media channels once it is completed. 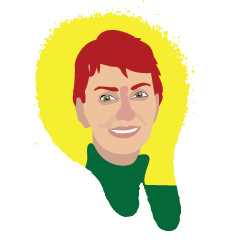 Helen Sharman was the first British Astronaut. A chemist from Sheffield who was working for Mars Confectionery when Project Juno, a cooperative arrangement between the Soviet Union and the UK to send a British national to space, started. After hearing about the opportunity to go space from a radio advert, Helen put herself forward and was selected from a group of 13,000 applicants. After 18 months of intensive training, in 1991, Helen flew on a Soyuz rocket up to the Soviet, Mir Space Station. During her eight days in space, she conducted medical, agricultural and materials and Earth observation work. She also worked with school children, operating an amateur radio link. Helen brought some seeds with her into space to be used for a student-led experiment on the effects of space travel on seeds.

Helen now works for the National Physics Laboratory, and as a UK Outreach Ambassador for Imperial College London. Helen has spent many years sharing her experiences and passion for space to inspire the next generation of budding scientists and technologists, engineers and mathematicians.

Artwork by Shona Hardie. The young people of Citadel Youth Centre prepared the site and created the additional stencil artwork around this portrait. 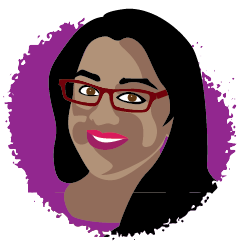 Award-winning, Scottish campaigner, writer and activist. Talat is an independent consultant working on a wide range of projects, including education, workplace equality, women’s rights, race equality and inclusion in Science, Technology, Engineering and Maths. With more than twelve years of experience in the third sector, Talat has extensive knowledge of campaigning, public affairs, political strategy and communications.

She is the co-founder and chair of Women 5050, a national campaigning striving for the equal and fair representation of all women in politics. Their work has so far caused Scottish Labour, the SNP and the Scottish Green Party to field at least 50% women candidates for Scottish parliament elections.

Talat was also the CEO of Equate Scotland, an organisation dedicated to improving women’s access and inclusion in STEM subjects. They train and support women and students at the early stages of their careers, provide opportunities to make valuable links with industry, and work with employers to improve practices for everyone. She is also the founder of Pass the Mic, a platform amplifying the expertise of women of colour in Scotland. 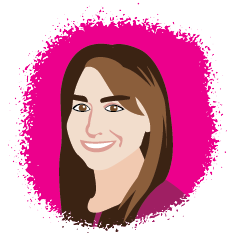 Following a personal tragedy when she was just 13, Natalie decided that she didn’t want to go to university but instead wanted to work and earn. At the time Natalie started work, it was the middle of a recession, so finding a job was challenging. She started in temporary, junior roles, in male-dominated IT companies. After convincing those higher up to give her a start in sales, a traditionally male career route, Natalie succeeded in building new business relationships. Through her determination and by defying gender expectations, she grew the sales function. From this, she progressed became the CEO of InTechnology SmartCitie, who provides free WiFi in central Edinburgh, which is a paid for by the company meaning the Council doesn’t have to spend a penny.

Now she is striving for digital innovation whilst inspiring young women to follow non-traditional careers. Natalie wants to see more courses that are attractive to women and a work culture that implies women can learn technology. She wants all women to know that they can train to do any role. 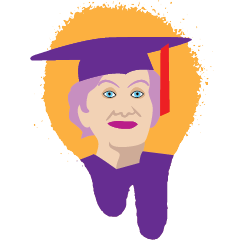 In 2019, at 90 years old, Lorna graduated from Melbourne University with a Master’s Degree in ageing. She dedicated her degree to the memory of her late husband Jim, who she was married to for 64 years. Jim had lived with dementia and when Lorna visited him in his nursing home, she realised that he and the other residents responded well to music they had enjoyed earlier in their lives. This sparked her interest in studying ageing, which she did remotely, learning new technology along the way. She has inspired Australians, who live far from universities, to also study further education.

Now Lorna is continuing her investigation into the correlation between music and dementia symptom relief via a music therapy trial which started in July 2020. She also used her platform to receive grants to provide each dementia patient with customisable headsets. As a finalist in the 2021 Senior Victorian Australian of the Year Award and featuring in BBC List of 100 Women 2020, she’s proving, “no matter your age, whether young or old, you can make a difference in the world”. 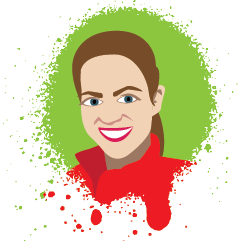 Aline is a conservation geneticist and molecular ecologist at the Royal Botanic Garden Edinburgh, focusing on the conservation of rare, threatened or important plant species in Scotland. As a champion for rare plants in Scotland, Aline’s research is identifying the risks for plant biodiversity in the face of environmental threats. She is helping to inform policy to protect wild plants for future generations to enjoy.

Aline's expertise is used to maximise the success of conservation translocations - the process of transferring species to new environments to improve their chances of survival. One of the plants Aline is working to protect is the rare Alpine Blue Sow-thistle (Cicerbita alpina). Fewer than 100 genetically distinct individuals of this beautiful flower remain, located at only 4 remote sites in the Cairngorms National Park.

These last sites are found on steep north-facing ledges and cliffs at risk from erosion and snow avalanches. At the Royal Botanic Garden Edinburgh, Aline is helping to safely propagate specimens from these sites to then plant them back out into the wild, giving them the best possible chance to establish self-sustaining populations for the future. 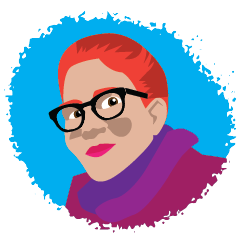 Helen is the Head of Conservation and Science at Royal Zoological Society of Scotland (RZSS), the charity that leads Edinburgh Zoo and Highland Wildlife Park. She joined the WildGenes lab in 2011, which is the UK’s only zoo-based conversation genetic lab. Overseeing all 23 wild conversation projects and working as a conservation genetics specialist, Helen supports reintroduction projects for critically endangered species, such as the dama gazelle and the addax.

Helen works with international partners to contribute to management plans for a range of species from Scottish Beaver to Scimitar-Horned oryx in North Africa. As well as providing conservation genetic advice for a wide range of species in Nepal, China and Cambodia.

Many species Helen and the team at RZSS support are on the brink of extinction. Their work helps to protect species in the wild and establish captive breeding populations to aid species recovery. Using her scientific and planning expertise, Helen is at the forefront of saving critically endangered species both in Scotland and around the world. 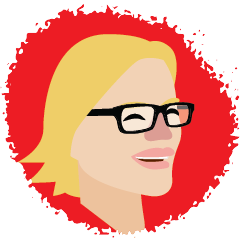 First American woman to complete a spacewalk, the first woman to travel to the bottom of the ocean and the first person to do both. In 1984, Kathy crewed the Space Shuttle Challenger and ventured out for her historic spacewalk. The spacewalk mission was to conduct an orbital refuelling experiment to prove it was feasible to refuel satellites in orbit. Kathy’s crucial work on satellites continued in 1990, as she was part of the crew that launched the Hubble Space Telescope.

In 2020, Kathy travelled to the Challenger Deep in the Mariana Trench, the deepest known part of the ocean, seven miles below the surface. After the dive, Kathy made a phone call to the International Space Station, marking the two extremes of human exploration. Through these two landmark milestones, Katy is inspiring others to follow their dreams and fulfilling her lifelong passion to understand the world around her. 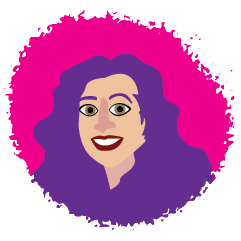 After being told that “minorities are not interested in climate change”, Zarina has been dedicated to increasing participation and improving funding access for under-represented groups. Zarina proved that the issue wasn’t a lack of interest from minorities groups, rather a lack of awareness of the funding available for enthusiastic activists. As a result, she worked with the Scottish government to ensure targets for working with the minority sector on administering the Climate Change Fund (CCF), a fund to support community-led organisations to tackle climate change by reducing carbon emissions. By advocating for climate justice and race equality, and through giving a voice to minorities, her work has led to over 150 successful applications to the CCF.

Zarina also highlights the need for women to be incorporated into climate change planning as many programmes do not address the concerns and impacts on women. It is through encouraging people of all backgrounds and faiths to be involved in environmental work, Zarina is helping to bring forward climate justice for all people across Scotland. 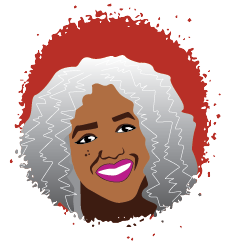 Anna-Marie is the very definition of a prodigy. At just 11 years old, she became the youngest ever girl to complete an A-level in computing. At 20, she graduated from Oxford with a Master’s Degree in Mathematics and Computer Science. Anne-Marie also has Honourary Doctorates from the Open University, Glasgow Caledonian University, Kent University & Bristol University as well as an Honorary Fellowship at Keble College, Oxford. In 2017, Anne-Marie was awarded an MBE for services to young women and Science, Technology, Engineering and Mathematics (STEM) sectors.

She is the co-founder of Stemettes, an award-winning organisation dedicated to inspiring and supporting young women and non-binary people into STEM careers. Their vision is for women to be proportionately represented in the field and to help all girls make informed decisions about their opportunities. Over the last eight years, they have delivered free events and workshops to over 45,000 young people across the UK and Ireland.

During the Festival, you can explore the trail yourself for free by downloading the Curious Edinburgh App or by downloading a PDF version of the trail and its locations throughout the city.

We are delighted to have worked in partnership with local artists Shona Hardie and Kerry Wilson to deliver this project.

We’d love to hear what you thought of this event – share your feedback here for a chance to win a £50 John Lewis voucher. 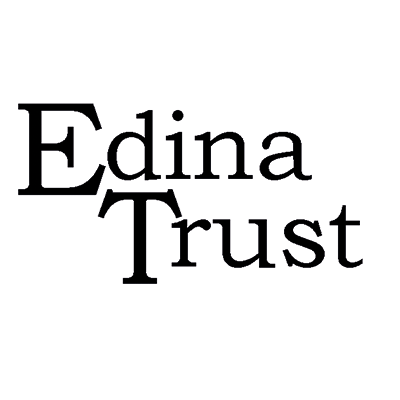