In addition to delivering Edinburgh’s annual Science Festival and a variety of education programmes in Scotland, we regularly take on additional special projects across the UK and internationally.

When working on these projects, we bring extensive expertise in creating and delivering interactive and entertaining educational experiences and provide content that is engaging and inspirational. We can also support partners with programme curation and event logistics and production, as well as providing Science Communication and event specific training for local staff. 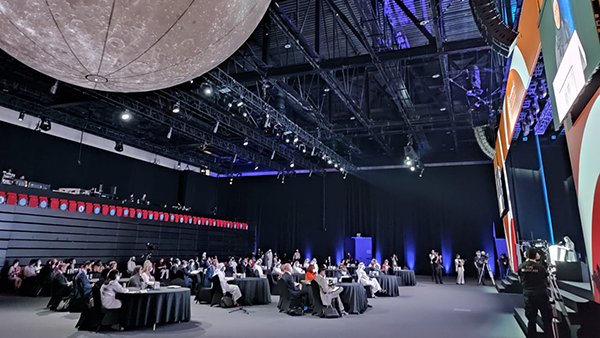 Further information on some of the projects we have worked on is listed below – click on the titles on the left to find out more about each project.

In 2015 and 2016 we worked with the UK Space Agency and partners around Edinburgh to develop and deliver bespoke events to celebrate UK ESA astronaut Tim Peake’s six-month Principia Mission on board the International Space Station (ISS).

To mark the Principia Mission launch on 15 December 2015, we worked with the National Museum of Scotland and the UK Space Agency to curate and deliver a programme of hands-on activities for local school children, giving them the chance to explore how thermal imaging cameras work, programme space rovers and design and test their own rockets. Pupils also attended a live screening of the mission launch with Italian ESA Astronaut Samantha Cristoforetti, who had recently returned from her own mission on the ISS. That evening we presented Big Screen Space Night, which included a Q&A with Samantha while watching Tim’s arrival at the ISS, followed by a live screening of The Martian in partnership with Edinburgh International Film Festival.

After Tim completed his mission, we brought him together with his mission colleague, American astronaut Tim Kopra for a sell-out evening at the Usher Hall on 17 October 2016. Experiments in Space saw both astronauts share stories of their experiences of life in space with journalist and author Sarah Cruddas.